Learn how you can get a 30-day test drive of the dental implant marketing system that is responsible for over $150 Million in new patient treatment starts.

$650k in dental implant production in one month

2CC in ’23 Part 2: How to make your next million in dental implant treatments

When Sir Dave Brailsford came along, he implemented a method of looking at every little detail of cycling and improving each of those details by one percent. His goal was that the aggregate of all those improvements would result in big wins. Well, guess what? Six years later, the British cycling team won seven out of ten gold medals at the Olympics. Four years later they achieved similar results, and during that same time period, they won three out of the four Tour de France competitions.

However, this concept is not only useful for cycling – in fact, it can be applied to your dental practice. If you improve different parts of your practice by one percent, you will see great results when you put them all together!

Today we’re going to talk about the Appointment Setter. The setter is often overlooked but plays a very important role. It is a strategic role and a sales role. When we say sales, we’re not talking about selling services to people who don’t need them. We’re talking about using persuasion to help people who have a real need, overcome their fears, concerns, or objections. And help them get the health care and support that they need.

The Appointment Setter plays an important role in building relationships. They are responsible for contacting and scheduling the leads, but they also have to get the lead to show up. The setter sets the first impression for what the patient should expect when they come into your office. What the setter says on the phone affects if that person is going to show up or not. If the patient doesn’t feel heard or empathized with they might not follow through with the appointment.

THE QUICKER YOU CALL DENTAL IMPLANT LEADS, THE MORE CONTACTS YOU’LL GET

There was an MIT study that was done with the website “insidesales.com”  – this website has phone salespeople who sit on the phone all day long and make sales for different companies.

In the MIT study, they analyzed over one hundred thousand calls and saw that if a lead was called within five minutes, the chances of them picking up were at their highest. However, if they waited ten minutes to call the lead, there was a ten times decrease in the contact rate. And after thirty minutes there was a 21 times decrease.

Making contact as soon as possible with your leads ensures that you have the highest chance of getting a qualified patient to come into your office to sign up for treatment.

Want to learn more about how to take your dental implant practice to the next level? Watch the full video below, then schedule a time to learn how you can get 30 days of free dental implant leads and sales training for your staff!

Watch the SECOND webinar of the 2CC in ’23 challenge 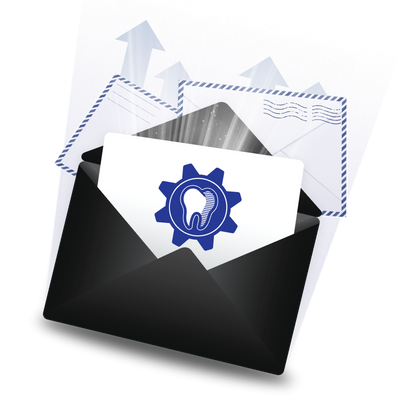 GET THE MAGIC POSTCARD

You have Successfully Subscribed!